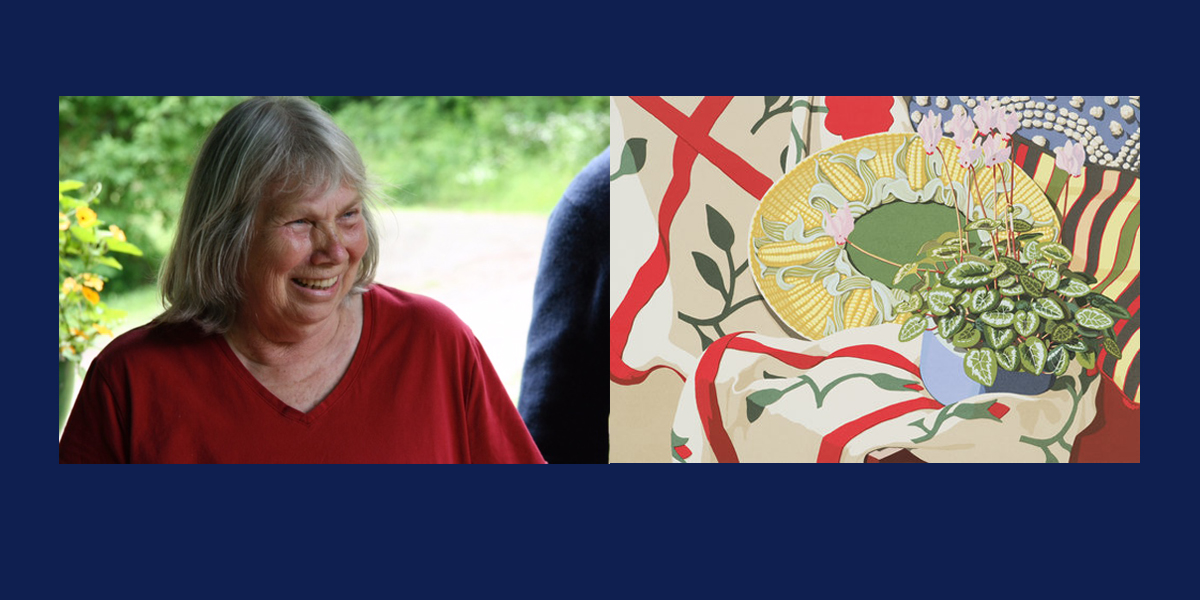 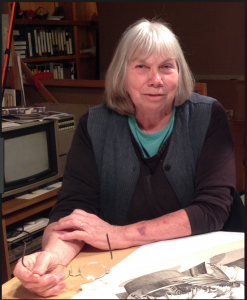 Sondra Freckleton (Oneonta, NY) was born in Dearborn, Michigan in 1936 and stud­ied at the School of the Art Institute of Chicago. She began her career as a sculptor working in wood and plastics, exhibiting under her mar­ried name, Sondra Beal. She debuted at the Museum of Modern Art in the “Recent Sculpture U.S.A.” show in 1959 and achieved her first solo show at the Tibor de Nagy Gallery in 1960. During the mid-1970’s Ms. Freckelton was one of several noted ab­stract artists who turned to realism in their work. She began working in transparent watercolor-a logical extension of the delicate watercolor studies she had done for her transparent vacuum-formed sculp­tures. She had her first solo show of large-scale color saturated watercolors with the Brooke Alexander Gallery in 1976. Numer­ous museums, galleries and traveling shows throughout the United States have exhibited her watercolors. She has had solo exhibits at major galleries in New York, Chicago, Washing­ton, D. C., and San Francisco. Some of the public collections that include her work are the Art Institute of Chicago; Dennos Museum, MI; Kalamazoo Institute of Arts, MI; Madison Art Center, WI; National Museum of American Art, Washington, DC; Virginia Museum of Fine Arts, VA; Oklahoma City Museum; and Oglethorpe Museum, GA. Ms. Freckelton’s work and teaching philosophy are the subjects of the Watson-Guptill pub­lication entitled Dynamic Still Lifes in Watercolor  by M. Stephen Do­herty. Some other publications that include her work are Contemporary American Realist Drawings, Hudson Hills Press, 1999; American Watercolor, by Chris Finch, Abbeville Press, 1986; and The Art of Watercolor, by Charles LeClair, Watson-Guptill, NY, 1994. Sondra Freckelton lived and worked near Oneonta, New York at the home and studio she and her late husband, Jack Beal, built until her passing on June 10, 2019.