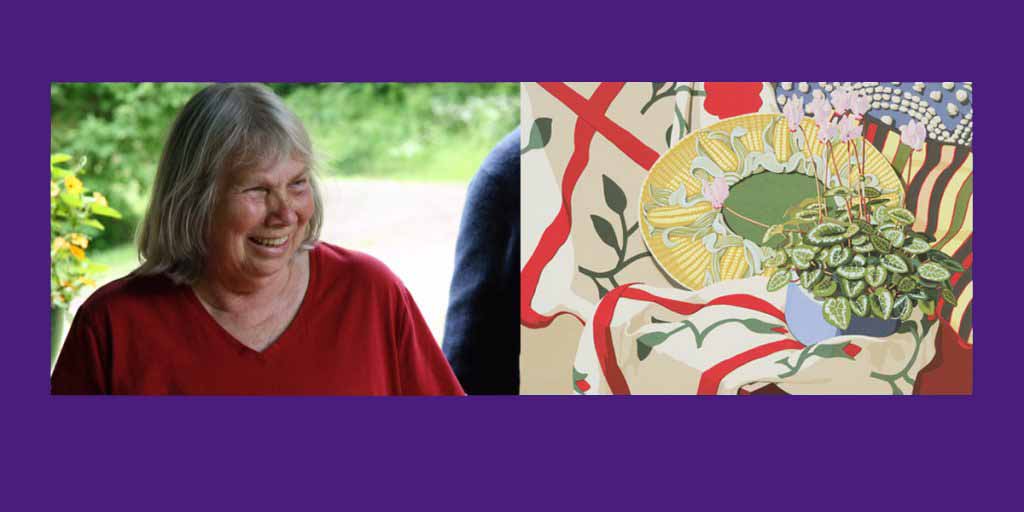 Sondra Freckleton (Oneonta, NY) was born in Dearborn, Michigan in 1936 and stud­ied at the School of the Art Institute of Chicago. She began her career as a sculptor working in wood and plastics, exhibiting under her mar­ried name, Sondra Beal. She debuted at the Museum of Modern Art in the “Recent Sculpture U.S.A. ” show in 1959 and achieved her first solo show at the Tibor de Nagy Gallery in 1960. During the mid-1970’s Ms. Freckelton was one of several noted ab­stract artists who turned to realism in their work. She began working in transparent watercolor-a logical extension of the delicate watercolor studies she had done for her transparent vacuum-formed sculp­tures. She had her first solo show of large-scale color saturated watercolors with the Brooke Alexander Gallery in 1976. Numer­ous museums, galleries and traveling shows throughout the United States have exhibited her watercolors. She has had solo exhibits at major galleries in New York, Chicago, Washing­ton, D. C., and San Francisco. Some of the public collections that include her work are the Art Institute of Chicago; Dennos Museum, MI; Kalamazoo Institute of Arts, MI; Madison Art Center, WI; National Museum of American Art, Washington, DC; Virginia Museum of Fine Arts, VA; Oklahoma City Museum; and Oglethorpe Museum, GA. Ms. Freckelton’s work and teaching philosophy are the subjects of the

Watson-Guptill pub­lication entitled Dynamic Still Lifes in Watercolor  by M. Stephen Do­herty. Some other publications that include her work are Contemporary American Realist Drawings, Hudson Hills Press, 1999; American Watercolor, by Chris Finch, Abbeville Press, 1986; and The Art of Watercolor, by Charles LeClair, Watson-Guptill, NY, 1994. Sondra Freckelton lived and worked near Oneonta, New York at the home and studio she and her late husband, Jack Beal, built until her passing on June 10, 2019.