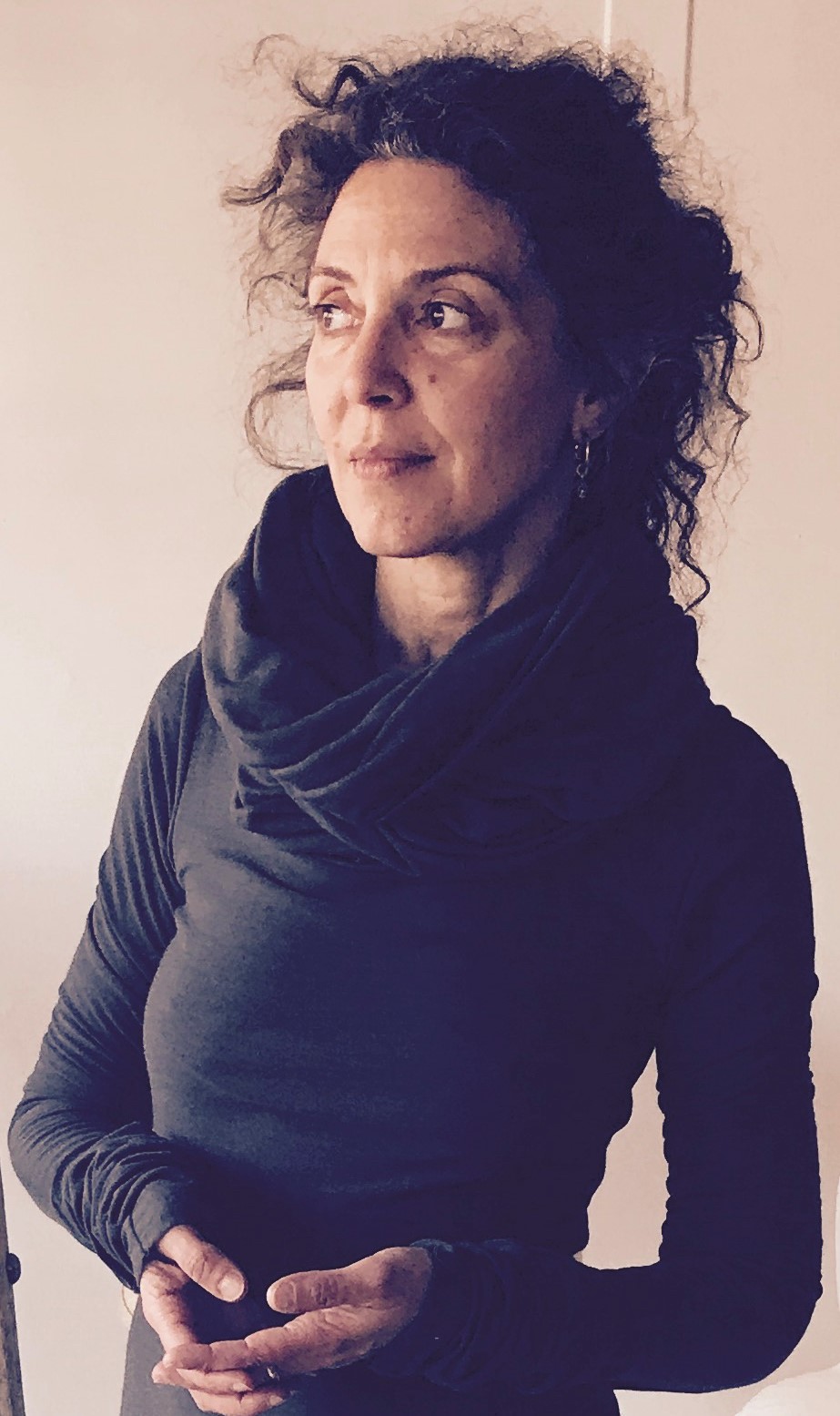 Carmela Munisteri (Kingston, NY) (also known as Carmela Marner) was born in New York City and raised between Brooklyn, NY and Franklin, NY.  She graduated with honors from Brown University.  While still in college, she began taking summer writing classes with poet William Packard at The New School. In April 1991, her prose poem Standing Before Her Bathroom Mirror (excerpted from a longer piece, Proofs of No Love) was published by Packard in the journal he edited, The New York Quarterly; she won the Madeline Sadin Award for that issue.  That same month, Carmela was accepted into the three-year Acting program at the Central School of Speech and Drama in London.  She studied in England, and worked as an actress in film, television and theatre for the next seven years. Highlights amongst her many credits in the UK include Eyes Wide Shut directed by Stanley Kubrick, and episodic television with Dames Diana Rigg and Patricia Routledge. In the summer of 1997, she joined her parents and then-husband to launch the Franklin Stage Company (FSC), an admission-free professional summer theatre in Franklin, NY dedicated to presenting relevant and inventive productions of classic plays.  The freedom and challenges of this endeavor proved a powerful draw. She returned to the USA, and after ten years as an FSC Producer-Actress, took on the additional role of Executive-Artistic Director, curating diverse seasons of performance and restoring Chapel Hall, FSC’s magnificent 1854 home.  She stepped down from this position in January 2017. Current projects in development include a book of anti-memoir and poetry with the working title After You, a one-woman adaptation of Euripides’ play Medea, and We 3, her own adaptation of Chekhov’s The Three Sisters which she first explored and directed at FSC in 2015-2016. Carmela has taught for eight years in the Theater Department at SUNY Oneonta where she counts herself lucky and proud if her students have learned half as much from her as she has from them. She has a nineteen-year-old son, Felix, who has enlightened and rewarded her existence like nothing else. Carmella will read from and perform original works.