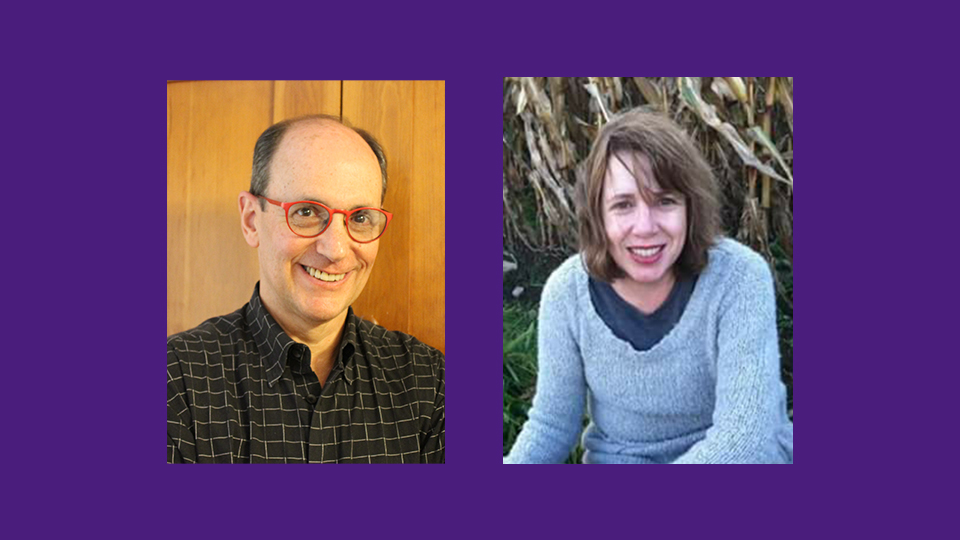 Jay Rogoff (Saratoga Springs, NY) has published seven books of poetry, five with Louisiana State University Press. His new book, Loving in Truth: New and Selected Poems, draws on his previous six collections as well as offering forty-four new poems. Born in New York City, he has lived his adult life in upstate New York, teaching at Syracuse University, LeMoyne College, and Skidmore College. His awards include the Washington Prize for his first book, The Cutoff, the Robert Watson Award for his chapbook Twenty Danses Macabres, and a Pushcart Prize for his poem “Wear,” featured in Loving in Truth. His poems and criticism have appeared in many journals, and he serves as dance critic for The Hopkins Review. He lives in Saratoga Springs, New York.

JoEllen Kwiatek (West Valley, NY) is a poet and former Associate Professor in the English and Creative Writing Department at SUNY Oswego. Her first book, Eleven Days Before Spring, was published by HarperCollins. Her second book, Study for Necessity, won the University of Iowa’s Poetry Prize. Among Kwiatek’s awards are a Pushcart Prize and a Constance Saltonstall Grant. Her poems have appeared in such places as The Antioch Review, The Indiana Review, and The American Poetry Review, where in 2000 she was the featured poet, appearing on its cover. Kwiatek has a Bachelor of Arts in Creative Writing from Syracuse University, and a Masters from The Writing Seminars at Johns Hopkins.