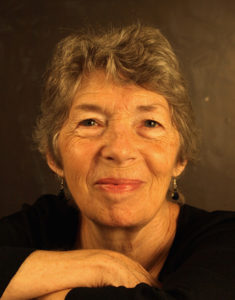 Ginnah Howard’s work has appeared in Water~Stone Review, Permafrost, Portland Review, Descant 145, Eleven Eleven Journal, The Tusculum Review, and elsewhere. Several stories have been nominated for a Pushcart Prize. Her novel, Night Navigation (Houghton Mifflin Harcourt 2009), was a New York Times Book Review Editors’ Choice. Doing Time Outside, her second novel, was published by Standing Stone Books in 2013. The final book of the trilogy, Rope & Bone: A Novel in Stories, was published by Illume in July, 2014. It was chosen as one of the “best of the best Indie books in 2015” by Publishers Weekly. Her latest book, I’m Sick of This Already: At-Risk Learning in a High School Class was published in October 2015. Howard has been awarded residencies at The MacDowell Colony, Hedgebrook, Ucross, Saltenstall, and Blue Mountain Center. The National Alliance on Mental Illness of New York State gave her their Media Award for work on behalf of those with mental illness and their families. For more information visit: www.GinnahHoward.com 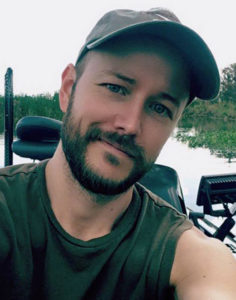 Billy Merrell is the author of Vanilla, a novel in poems, published by Scholastic Press in 2017, and Talking in the Dark, a poetry memoir published when he was twenty-one. He is also a co-editor (with David Levithan) of The Full Spectrum: A New Generation of Writing About Gay, Lesbian, Bisexual, Transgender, Questioning, and Other Identities, which received a Lambda Literary Award. Merrell is a contributor to the New York Times-bestselling children’s series Spirit Animals, and has published fiction, poetry, and translations in various journals and anthologies. Born in 1982, he grew up in Jacksonville, Florida, and received his MFA in Poetry from Columbia University. He now lives in Brooklyn, New York, with his husband, author Nico Medina.