ALEAXNDER CIGALE own English-language poems appear widely, including in the Colorado Review, The Common, and The Literary Review. His translations of Russian Silver Age and Contemporary pose and poetry have appeared in the Harvard Review Online, Kenyon Review Online, New England Review, The Hopkins Review, Michigan Quarterly, Modern Poetry in Translation, PEN America, TriQuarterly, Words Without Borders, and World Literature Today. His first full book, Russian Absurd: Daniil Kharms, Selected Writings came out this year in the Northwestern University Press World Classics series. A 2015 NEA Literary Translation Fellow for his work on Mikhail Eremin, he also edited the Spring 2015 Russia Issue of Atlanta Review. From 2011-2013, he was an Assitant Profesor at the American University of Central Asia, in Bishkek, Kyrgyzstan, and is currently a Lecturer in Russian Literature at CUNY-Queens College. He contributes to the editorial boards of MadHat Press, Plume, St. Petersburg Review, and Third Wednesday. Dana Golin was born in Riga, Latvia and has lived in the US since 1981. Her own poems (in Russian,) appear in Gvideon, Novy Zhurnal, Storony Sveta, and Druzhba Narodov, and her translations in Atlanta Review, Cortland Review, Eleven Eleven, Harvard Review, International Poetry Review, Plume and Modern Poetry in Translation. She currently works as a Psychotherapist at a New York City nursing college. From 2011 to 2013, she was an Assistant Professor at the American University of Central Asia, in Bishkek, Kyrgyzstan. 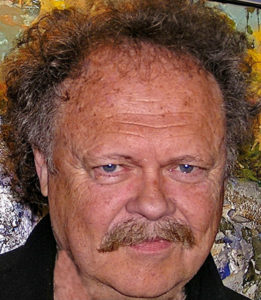 MICHAEL JENNINGS was born in the French Quarter of New Orleans and grew up in East Texas and the deserts of southwestern Iran. His work has been translated into Czech, Lithuanian, and chinese. For 32 years he has lived with his wife and muse, poet Suzanne Shane, along with their pack of Siberian Huskies, overlooking Otisco Lake in Upstate New York. This is his 10th book of poems.