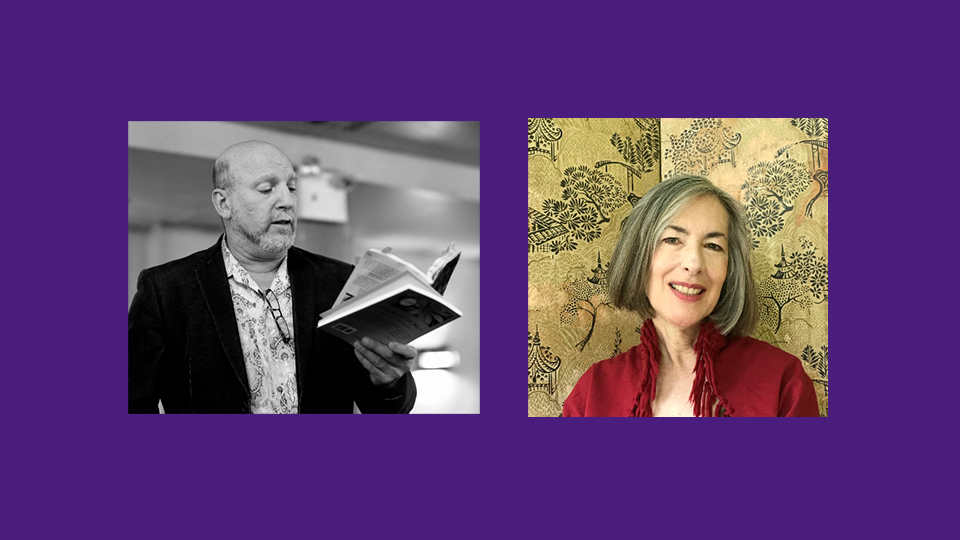 Richard Newman (Jackson Heights, NY) has published two books of poetry, Words for What Those Men Have Done (Guernica Editions 2017) and The Silence of Men (CavanKerry Press 2006), as well as a chapbook, For My Son, A Kind of Prayer (Ghostbird Press 2016). In addition, he has co-translated three books of classical Persian poetry, most recently The Teller of Tales: Stories from Ferdowsi’s Shahnameh (Junction Press 2011). Newman is on the executive board of Newtown Literary, a Queens-based literary non-profit and curates the First Tuesdays reading series in Jackson Heights, NY. He is Professor of English at Nassau Community College, where he also serves as secretary of the faculty union, the Nassau Community College Federation of Teachers (NCCFT). His website is www.richardjnewman.com.

Margot Farrington (Treadwell, NY and Brooklyn, NY) is a poet, essayist, and performer who has read and performed widely in the United States and abroad, in France, Great Britain, Wales, and The Netherlands. The most recent of her four poetry collections is The Blue Canoe Of Longing (Dos Madres Press, 2019), selected for Small Press Distribution’s Recommended List. Her poems have appeared in anthologies in the U.S., including “Like Light”(Bright Hill Press, 2018) and “Other Land” (Parthian) in the U.K. Essays, interviews and reviews have appeared in The Brooklyn Rail, The Delaware Times, Poetry Wales, ABR, art exhibition catalogues, and a forthcoming book about the illustrator David Stone Martin. She is the recipient of fellowships from Norton Island, The I-Park Foundation, The Clock Tower, and other foundations, and a two-time Pushcart Prize nominee for poetry.  Farrington is founder and director of Writers At The Eyrie, a residency program for poets and writers.