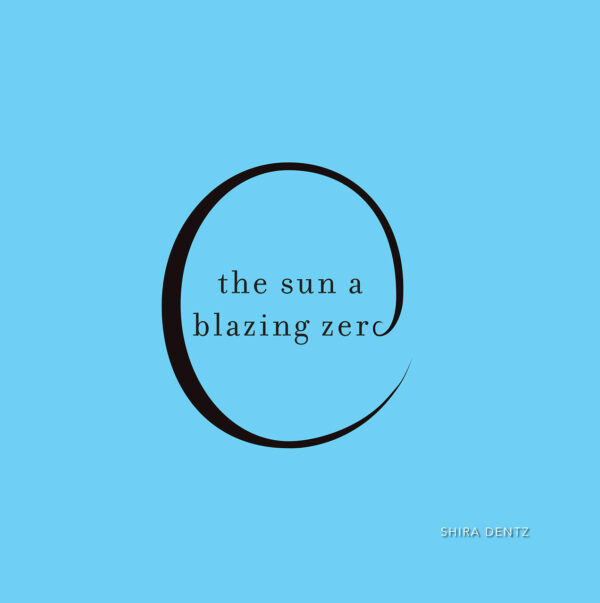 Shira Dentz’s newest book, the sun a blazing zero (Lavender Ink/Diálogos), was released in March 2019, and her previous book, how do i net thee (Salmon Poetry), was released in March of last year and was a finalist for the National Poetry Series. She’s the author of two previous books, black seeds on a white dish (Shearsman, 2011) and door of thin skins (CavanKerry, 2013) and two chapbooks, Leaf Weather (Shearsman, 2012), and FLOUNDERS (Essay Press, 2016). Another full-length collection, Sisyphusina, is forthcoming from PANK Books in 2020. Her poetry, prose, and visual writing have appeared in Poetry, The American Poetry Review, The Iowa Review, New American Writing, Brooklyn Rail, and other journals. Her poems have been featured in many venues including in the Academy of American Poets’ Poem-a-Day series (Poets.org), NPR, Poetry Daily and Verse Daily, and interviews with her have appeared in journals including Ploughshares, The Rumpus, and OmniVerse. A recipient of many awards including an Academy of  \American Poets’ Prize and Poetry Society of America’s Lyric Poem Award and Cecil Hemley Memorial Award, Shira’s work has been supported by residencies at MacDowell Arts Colony, Squaw Valley Writers’ Community, Ragdale Foundation, and Vermont Studio Center. She holds an MFA from the Iowa Wrtiers’ Workshop and a Ph.D. from the University of Utah, and currently teaches at Rensselaer Polytechnic Institute and is Special Features Editor at Tarpaulin Sky. More about her writing can be found at http://shiradentz.com