An event every day that begins at 10:00 am, repeating indefinitely 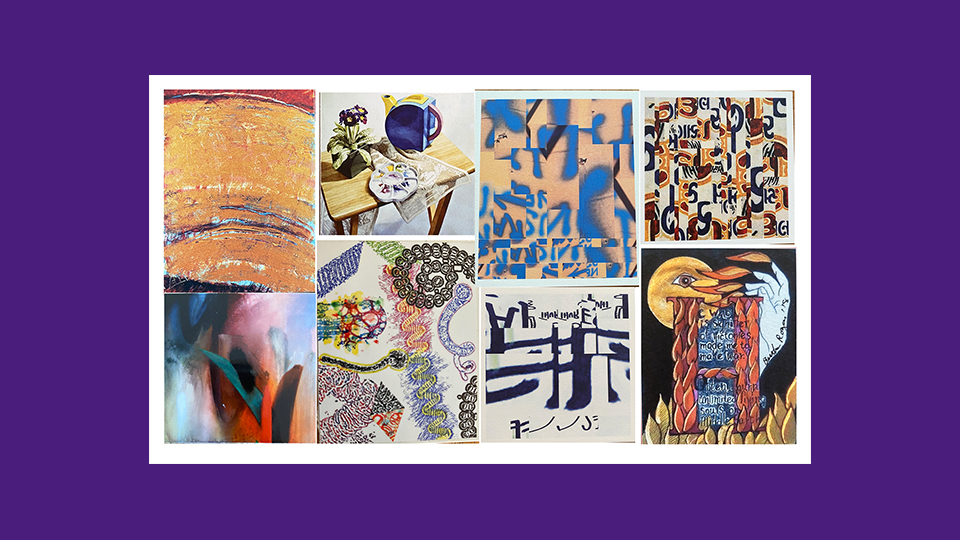 Bright Hill offers its first ever “Young Collectors Club” program (via Zoom) April 5, 7, and 9 (during BOCES Spring Break), led by master teaching artist Bertha Rogers, founding director of Bright Hill. The program is limited to 16 children and youth in grades one through eight. The week will begin with an introduction by Katharine Kreisher, art professor at Hartwick College.

Before the online sessions, students will be invited to pick up a workshop kit at Bright Hill during which all safety procedures for Covid 19 will be adhered to: a special, miniature collection of prints by artists who have shown at the Bright Hill Word & Image Gallery, along with a large shadowbox frame and adhesive dots, their first “art collection.” On the first day, after the introduction to the program, Rogers will work with the students in three sessions:

She will demonstrate how the art is displayed, then virtually tour with students a museum, during which time each student will select one work of art from the museum and one from the BH collection. They will write a group poem about an artwork.

The first session assignment will be to write two poems, one about BHP art (students will write during workshop session). Each poem must have 5 lines. Final poems to be emailed to Bertha no later than April 6 at noon at [email protected]

The second session assignment will be to write poems of at least eight lines and email to Bertha no later than April 6 at 3 pm.

The third Session assignment will be to write pantoums or sestinas (they will learn how during the session) and email to Bertha no later than April 6 at 6 pm.

On the last day, April 9, there will be one program for all three groups at 1:30 pm. Bertha will introduce and explain how students can continue program on their own. Students will show their completed collections and explain why they chose their art, then read one or two of their poems. Parents and guardians will be invited to the Zoom program.

Katharine Kreisher on the importance and impact of the Bright Hill Legacy Program Young Collector’s Club:

Viewing art at museums and galleries helps people experience original art and understand the many ways that artists see the world around them. If viewers write about art, their understanding deepens. Art lovers often become collectors of art because they want to live with the images at home where they can spend time looking and thinking and understanding them more fully. The Young Collectors Club of Bright Hill provides young people with the opportunity to own original art and perhaps begin a life of collecting.

Katharine Kreisher is Professor of Art at Hartwick College where she has been teaching printmaking and photography since 1982. She is a member of the Board of Directors at Bright Hill Press and Literary Center. Katharine is a co-creator of the Young Collector’s Club, with Bertha Rogers and executive director Beatrice Georgalidis.

Bertha Rogers (Delhi, NY) is a visual artist, poet, and translator/educator. Her art has been shown in solo and group exhibits in the US and internationally. More than 500 of her poems have been published in literary journals and anthologies. Her poetry collections include Wild, Again (2019) and Heart Turned Back (2010), both published by Salmon Poetry, Ireland;, Sleeper, You Wake; A House of Corners; The Fourth Beast; and Even the Hemlock. Her illustrated translation of the Anglo-Saxon epic poem Beowulf was published in 2000 (Birch Brook Press); and her illuminated translation of the 95 Anglo-Saxon Riddle-Poems from the 10th-Century Exeter Book, Uncommon Creatures, was published in 2019 (Six Swans Artist Editions). She has received grants from the MacDowell Colony, Millay Colony, Hawthornden International Retreat for Writers in Scotland, Caldera, Jentel, and others. Among her several New York State Council on the Arts and SOS grants are awards for the interdisciplinary exhibits, Planting Wildness (2015) and Wild: The Creatures of the Catskills (2016). With her late husband, Ernest M. Fishman, she founded Bright Hill Press and Literary Center of the Catskills in 1992; her literary/art accomplishments were read into the Congressional Record in 2017. She lives near Treadwell, NY with her dogs, Joya and Tillie, and her two cats, Embla and Aiya.