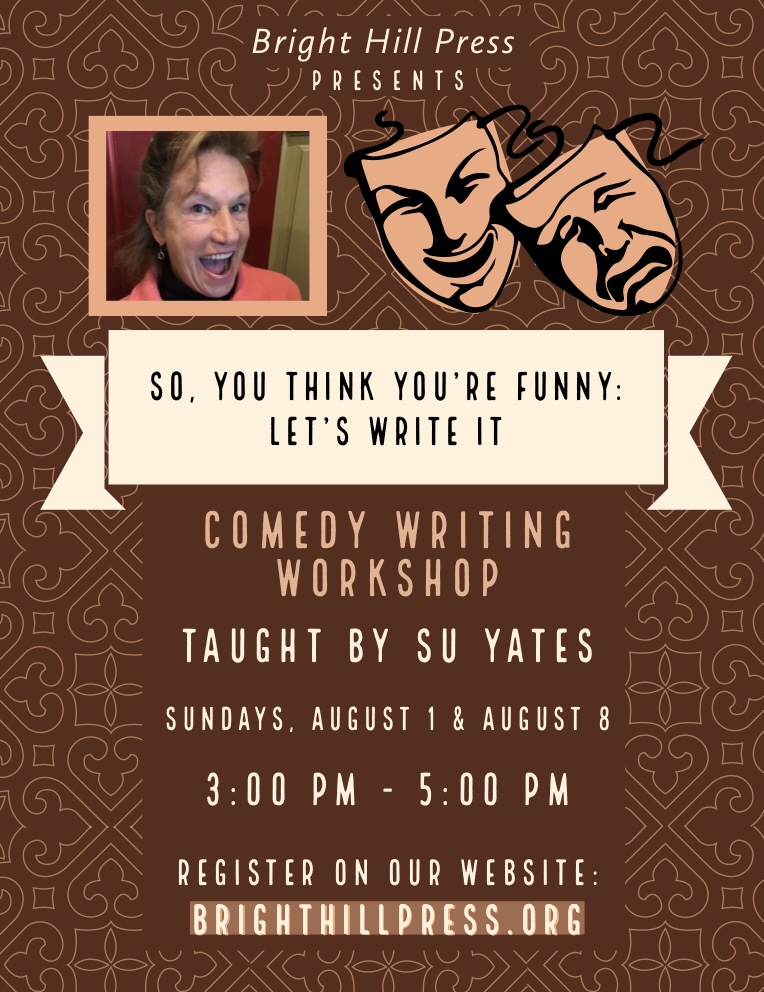 Make sure to also register for workshop by emailing your info to info@brighthillpress.org.

Be the first to review ““So, You Think You’re Funny: Let’s Write It” Comedy Workshop Registration” Cancel reply