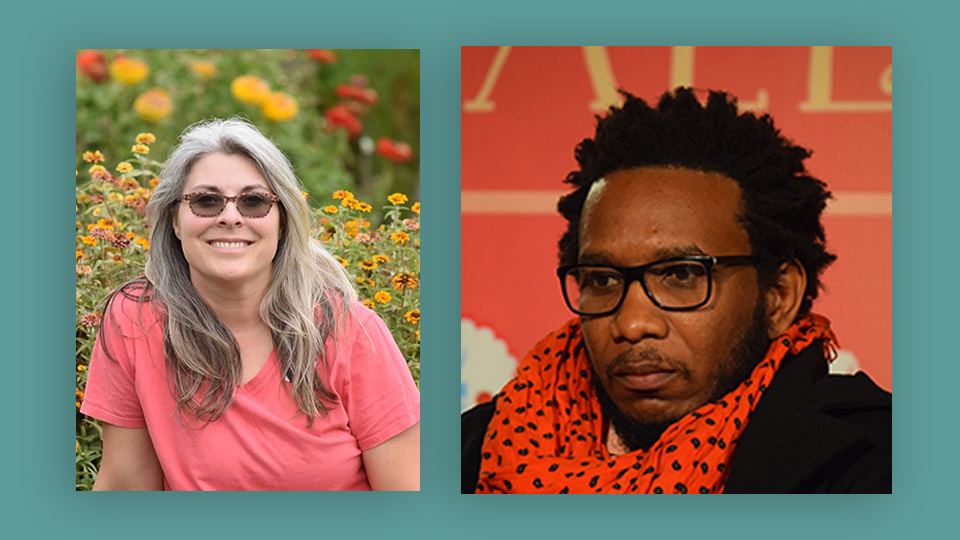 Julene Waffle, a graduate of Hartwick College and Binghamton University, is a teacher in a rural NYS public school, an entrepreneur, a wife, a mother of three boys, two dogs, three cats, and, of course, she is a writer. Her work has appeared in NCTE’s English Journal, La Presa, The Non-Conformist, and Mslexia, among others. She was also published in the anthologies Civilization in Crisis, American Writers Review 2021, and Seeing Things (2020), and her chapbook So I Will Remember was published in 2020.  Learn more at www.wafflepoetry.com

Vladimir Lucien is a writer, actor and critic from St. Lucia. His writing has been published in The Caribbean Review of Books, Wasafiri, Small Axe journal, the PN Review, BIM magazine, Caribbean Beat, the Washington Square Review, Poetry International, VOGUE and other journals. He was awarded the first prize in the poetry category of the Small Axe prize 2013 and is the winner of the 2015 OCM Bocas Prize for Caribbean Literature for his debut collection Sounding Ground, published by Peepal Tree Press in May, 2014, the youngest to ever win the prize. Renowned poet, historian and cultural critic, Kamau Brathwaite proclaimed Sounding Ground “…the sign of the at last start of a new tradition (in the anglopho Caribbean)..” While eminent poet and literary critic Mervyn Morris hailed Lucien as “a fertile maker of metaphors.” Some of Lucien’s poems have been translated into Dutch, Italian and Mandarin. He is also co-editor of the anthology, Sent Lisi: Poems and Art of St. Lucia which was published in November 2014 and the screenwriter of the documentary The Merikins which premiered at the Trinidad and Tobago Film Festival in 2013. Lucien has been featured at several international literary festivals such as the Jaipur Literature Festival, the Read My World Festival in Amsterdam, Calabash International

Literary Festival and Miami Book Fair. He has also served as Writer-In-Residence at the University of the West Indies, Mona. His is one of the most important voices in Caribbean letters today.